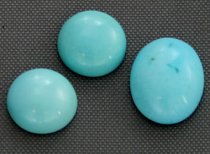 Over 1000 Years of Gemstone Production

A Diversity of Gemstones

Arizona is world-famous for its turquoise, peridot, and petrified wood. The state is also famous for copper, and a variety of copper minerals are mined as gemstones. These include: azurite, chrysocolla, and malachite. Other Arizona gem materials include: agate, amethyst, garnet, jade, jasper, obsidian, onyx, opal, and petrified wood.

Turquoise is Arizona's most important gem material. It ranks first in value of production and is the most widely known of Arizona's gemstones. In 1974 the Arizona Legislature designated turquoise as the official state gemstone.

Chemically, turquoise is a hydrous phosphate of copper and aluminum. It is often associated with rocks that can be mined for their copper content. Some turquoise mines and deposits in Arizona were displaced as copper companies acquired acreage and opened very large copper mines. Gemstone turquoise production is done by careful hand extraction, thus it is generally not part of the business plan of a major copper mine. However, it can be a byproduct of copper mining.

Some copper mines exploit a nice turquoise find with their own staff, while others have on-call gem miners who receive limited-time access to a new find. Although turquoise produces income for some mines, the reward from producing it can be offset by the cost of disrupting a large mining operation with hundreds of employees. A few copper mines plan operations in ways to allow copper and turquoise to be mined at the same time.

One Arizona gemstone that makes people smile is the "ant hill garnet." These are tiny garnets, rarely over one carat in weight, that are mined by ants in the process of excavating their homes. The ants haul the gems to the surface and discard them on the anthill. The rain washes away the dirt and moves the stones to the flanks of the ant hill.

Native Americans have known about these garnets for generations. Today they collect them in large numbers and sell them in parcels to rockhounds and lapidaries. They are then cut into gems and used to make novelty jewelry. Many ant hill gems are a red chrome pyrope garnet with a high color saturation. The stones are small enough that they exhibit a rich ruby-red color when faceted or cabbed.

When the mineral olivine is of gemstone quality, it is known as "peridot." It is a bright yellow-green to dark green gem material that can be cut into beautiful faceted stones. Arizona is the world's leader in the production of gem-quality peridot. Most of it is produced from the Peridot Mesa and Buell Park areas of the San Carlos Reservation.

The peridot occurs as xenoliths within basalt flows and is exposed by hard rock mining. Stones are also found in the soils above the basalt flows and in the sediments of nearby washes. Most of the stones are very small (less than 5 carats) and heavily included, but many very high quality pieces are found.

The world's most significant petrified wood locality is located near Holbrook, Arizona. Here, about 225 million years ago, an enormous number of trees were buried by stream sediments and volcanic ash. Over time, silica-rich ground water petrified the wood and converted it into chalcedony. Dissolved elements in the waters gave the chalcedony vivid colors. Later, weathering and erosion unearthed the logs, and today they are scattered across the land surface because the hard chalcedony is more resistant to weathering than the soils around it.

A portion of the area has been set aside as Petrified Forest National Park; however, there are many locations outside of the park where lapidary-quality petrified wood has been produced. Arizona petrified wood is some of the most colorful in the world, with red, orange, yellow, white, blue, violet, gray, and brown being common colors.

Petrified wood is used to produce cabochons, beads, and other jewelry items. Most of the wood that is high enough quality to polish is used to make ornamental objects such as tabletops, bowls, bookends, paperweights, desk sets, small sculptures, and tumbled stones.

In addition to turquoise, many other copper minerals can be used as gemstones. In Arizona, chrysocolla, malachite, and azurite with beautiful blue and green colors are often found. They can be cut into beautiful cabochons and used in jewelry. These are soft minerals that scratch easily, so stones cut from them are best used in jewelry such as pendants and earrings that will not encounter abrasion or impact. They are attractive and popular gems.

Agate and jasper are very common materials that occur in many parts of Arizona. They can be easily found in streams, dry washes, and scattered on the surface where vegetation is sparse. Many specimens are colorful, and that makes them a favorite of Arizona rockhounds. Without a doubt, these two materials are found in tonnages that exceed all others types of gemstones combined. As a result they are always running in rock tumblers and being cut by lapidaries across the state.

The most beautiful specimens are often sliced and cut into cabochons for use in jewelry. Larger colorful specimens are used to make book ends, desk sets, clock faces, and many other craft projects.

Apache tears are nodules of translucent obsidian that can be collected in parts of Arizona that have geologically recent volcanic activity. They are often tumbled to produce jet black polished stones. They can also be sliced and cut into faceted stones or cabochons. They are a popular souvenir sold in gift shops throughout the state. 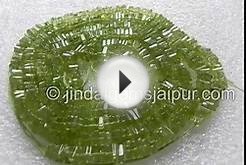 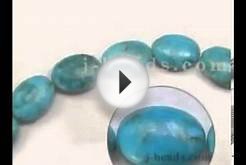